Film Days at VBU is an international film workshop organised by Arts and Social Science high-school programme at VBU.

This year in August we are welcoming the fourth edition of the workshop that was inaugurated in March 2019. In the last three years almost 100 students from Croatia, Ireland, Serbia, Greece, Germany, Sweden and UK participated in the workshop and made 19 films. Each year was dedicated to the different topic: 2019 to town of Ludvika which celebrated 100th birthday, 2020 to UN’s 2030 Agenda for Sustainable Development and 2021 (which was organized partly digital) to Corona generation. 2021’s edition films, which were done following “Give and Take Concept” (group A is responsible for pre-production and production of the film and then in post-production phase they leave the film to group B while they also get material to edit from group C) you can watch here:

This year’s topic is going to be “Water than connects us all”:
- there are 365 lakes in Ludvika kommun (as the base region for Swedish partner);
- there are four rivers in Karlovac (as the base town for Croatian partner;
- Pyrgos (as the base town for Greek partner) is just few miles away from Mediterranean sea; furthermore, there are two main rivers near Pyrgos: Alpheus - the most important river of Peleponese and Peneios
- Rostock (as the base city for German partner) is one of the most important ports on Baltic Sea;
- last, but not least, Limerick (as the base city for Irish partner) lies on river Shannon, that is emptying into the Atlantic Ocean through the Shannon Estuary;

There will be five groups, working with documentary film, animation, fiction film, experimental film and music video. There will be total of 38 students (age 16 – 20) coming from Croatia, Germany, Ireland, Greece and Sweden. Each group will have one international mentor. From 15th to 21st of August students are meeting in Ludvika (Sweden). Week after, from 21st to 26th of August they are traveling to Limerick (Ireland) and finishing their films there.

Film Days are supported by Film i Dalarna 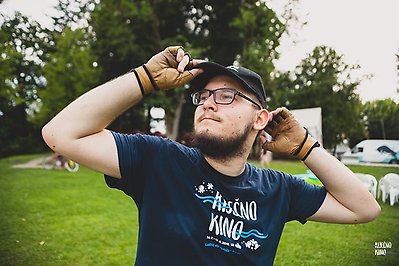